Why Aren't We Listening to The Top 5 Regrets of The Dying?

Bronnie Ware is a nurse in Australia who spent 12 years working in palliative care. That means trying to relieve the symptoms of those who have been deemed terminally ill.

She had the chance to talk to these enlightened people, who gained true wisdom and clarity in the final days of their lives. Something interesting happened: these patients all seemed to reminisce about the same key regrets.

Bronnie then wrote the book, “The Top Five Regrets of the Dying: A Life Transformed by the Dearly Departing.” This is no small undertaking, and Bronnie did quite a service to the rest of the world.

So, why aren’t we paying attention? If all the top five regrets of the dying are the same, shouldn’t we take their advice before we end up in a similar predicament?

It’s because the lifestyle changes they recommend are hard. You’ll read these, agree with them wholeheartedly, and then potentially go right back to the current hamster wheel in which we all feel stuck.

Which one of us has the courage and strength to make a change? Let’s go through their top regrets along with Bronnie’s commentary, and pick just one that we can start working towards changing in our own lives.

THE TOP FIVE REGRETS OF THE DYING

1. I wish I’d had the courage to live a life true to myself, not the life others expected of me.

“Most people had not honored even a half of their dreams and had to die knowing that it was due to choices they had made, or not made. Health brings a freedom very few realize, until they no longer have it.”

“This came from every male patient that I nursed. They missed their children’s youth and their partner’s companionship. All of the men I nursed deeply regretted spending so much of their lives on the treadmill of a work existence.”

3. I wish I’d had the courage to express my feelings.

“Many people suppressed their feelings in order to keep peace with others. As a result, they settled for a mediocre existence and never became who they were truly capable of becoming. Many developed illnesses relating to the bitterness and resentment they carried as a result.”

4. I wish I had stayed in touch with my friends.

“Many had become so caught up in their own lives that they had let golden friendships slip by over the years. There were many deep regrets about not giving friendships the time and effort that they deserved. Everyone misses their friends when they are dying.”

5. I wish that I had let myself be happier.

“Many did not realize until the end that happiness is a choice. They had stayed stuck in old patterns and habits. The so-called ‘comfort’ of familiarity overflowed into their emotions, as well as their physical lives. Fear of change had them pretending to others, and to their selves, that they were content, when deep within, they longed to laugh properly and have silliness in their life again.”

That’s powerful stuff. So, can we turn these regrets into simple pieces of advice to think about every day? Sure, that’s easy:

1. Live true to yourself, not what others expect of you.
2. Don’t work so hard. Make the time for play and love.
3. Have the courage to express yourself fully. Kill bitterness.
4. Stay in touch with your friends. Make time for reunion.
5. Let yourself be happy. Don’t be afraid of change.

Well conquerors, let’s get after it. Think about it now: what is one big, lifelong change you can make that will bring you peace once you find yourself leaving this world too?

Make a group chat with your best friends and go play paintball. Drive to a new town and get an airBnB with your partner. Sit down with your coworker and dig through how you can be better to each other. Get on your knees every morning and give immense gratitude for being alive to whatever you believe in: the universe, god, energy, or just your own mind. 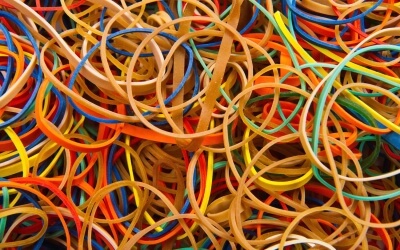 Your mind is an amazing tool. But no one gave us the manual! This 7-day challenge will change how positively you think forever with just 7 days and a simple rubber band. 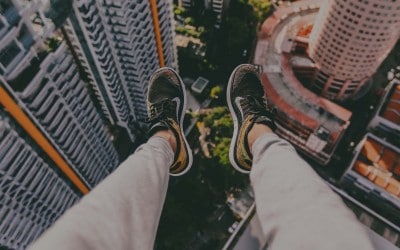 Stop doing what everyone else does. If you don’t know where to start with habits, here are 15 exclusive insider ideas for near effortless and fun improvement. 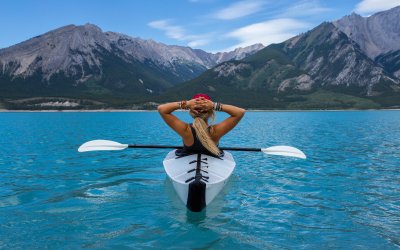 From the minute you are born, you’re being domesticated. Some of the rules you learn don’t work. Use The Four Agreements to silence your inner critic.

WHERE SHOULD WE SEND YOUR GOOGLE DRIVE TEMPLATES?

WHERE SHOULD WE SEND YOUR SPARTAN MONK ROUTINE?

Thanks! Check your email to confirm.

WHERE SHOULD WE SEND YOUR NEUROLIFTS WORKOUT ROUTINES?

WHERE SHOULD WE SEND YOUR NEUROLIFTS WORKOUT ROUTINES?

WHERE SHOULD WE SEND YOUR MAINTENANCE ROUTINE?

Thanks! Check your email.

WHERE SHOULD WE SEND YOUR RESOURCES SHEET?

WHERE SHOULD WE SEND YOUR FUEL GRID?

WHERE SHOULD WE SEND YOUR RESET WORKSHEET?

WHERE SHOULD WE SEND YOUR SUSTAIN ROUTINES?

WHERE SHOULD WE SEND YOUR GOOGLE DRIVE TEMPLATES?

You'll get immediate access, and we will email you a backup link to the archives.

You have Successfully Subscribed!